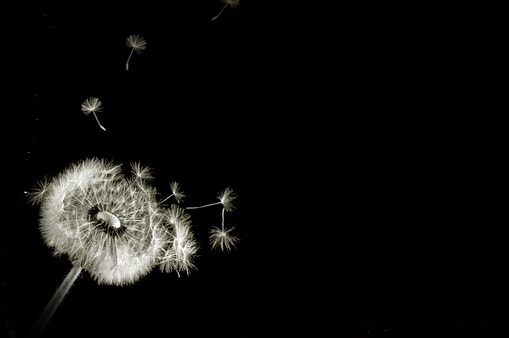 A friend and work colleague of my dad recently passed away after a long battle of cancer.  He was a name I heard often while growing up as my dad would come home and regale us with something that the man had said or did.  So, even though I had not seen or heard about the man in many, many years, I read through his obituary with a certain measure of nostalgia and sadness for his family. Then, one line of the obituary jumped out at me: “Several great nieces and nephews along with farm dog and companion Otis also survive.”

To me, that line speaks volumes about what kind of man and family this is, that the dog gets recognition in something as formal as an obituary. I can just imagine the man working outside, with Otis as a constant and well-loved shadow.

A year ago, a friend of mine passed away, and the details in his obituary overwhelmed me, including the line where he met his wife in a garden tour. Beautifully scripted, it read “The weather was cold, the flowers remained obstinately shut, and love blossomed.” Again, I can imagine what their life was like while young and in love.

I think some of my own family would frown at this level of creativity in an obituary, as a final formal record of a life. They may throw in one line about ‘she was an avid quilter’ or a ‘life-long gardener,’ but otherwise, it always seems to me to be just the facts. And maybe in the initial stage of grief, this is all that they can put down on paper. So far, I have been blessed with never having lost someone who was part of my daily existence, so it is a little too easy for me to critique from afar.

But I have to admit to a certain creepy, guilty activity that I have. I use it almost as a motivator for myself – I try to imagine what would be written for my own obituary. Will I be proud of how I am described and remembered? My husband is extremely pragmatic, so I can almost bet that he will list my involvement with various community organizations and my love of family.  I’ll admit I’ve never asked him because the death discussion would distress him – but will he list my addiction for buying and keeping books? It is one of the reasons that we built our house after all, to give me more shelf space. Will one of my friends point out that I can mentally wander off during a conversation because I’m thinking about a story character and what would happen if I stuck her in a tree on a mountainside? Will my five year old add that she thinks that the only thing I want to do all day is cook, garden, and write? Will everyone point out that I never wanted, planned, or expected to have children – and now, I can’t imagine life being the same without them?

And since I am admitting my faults, I also imagine obits for my close family and friends. I do it whenever my husband makes me angry – not because I want him dead – quite the opposite. It reminds me of all the personality traits that I love about him and why I can work through my petty anger. How he never says anything about it, but he saves every card that I’ve ever given him? How he writes down information about people so that when he talks to them months later, he can remember and chat with them? Because it is important to him to make those connections, but he doesn’t always trust his memory. How he had an insane need for speed until he had children and now he has this overprotective need for safety?

I guess there are other avenues in which you can write about the beloved. There are stories and memoirs and biographies, and probably these may not incur a newspaper fee as some may do. But I just like the idea of people reading the obituary in the newspaper, and if they knew the person, they nod their head and say, yes, that’s what he or she was like. And if they didn’t know the person, they would shake their head and think that the world had just lost someone special that they wish they had known.

Cheryl Kula lives on a mountain in WV with her husband, Ted, and her two daughters. After years of assuming that her children would always have four legs, she is now a happy mother of two precocious daughters. Her first children's book is Play Day with Daddy. View all posts by creek2river

3 thoughts on “The Art Form of Obituaries”